skip to main | skip to sidebar

Nearly five years since my last Blog! Are they still relevant bearing in mind the all the other options available?

Any how I just thought I would post this just in case someone is still watching. 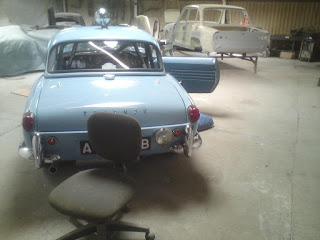 Posted by David Pearson at 4:42 AM No comments: 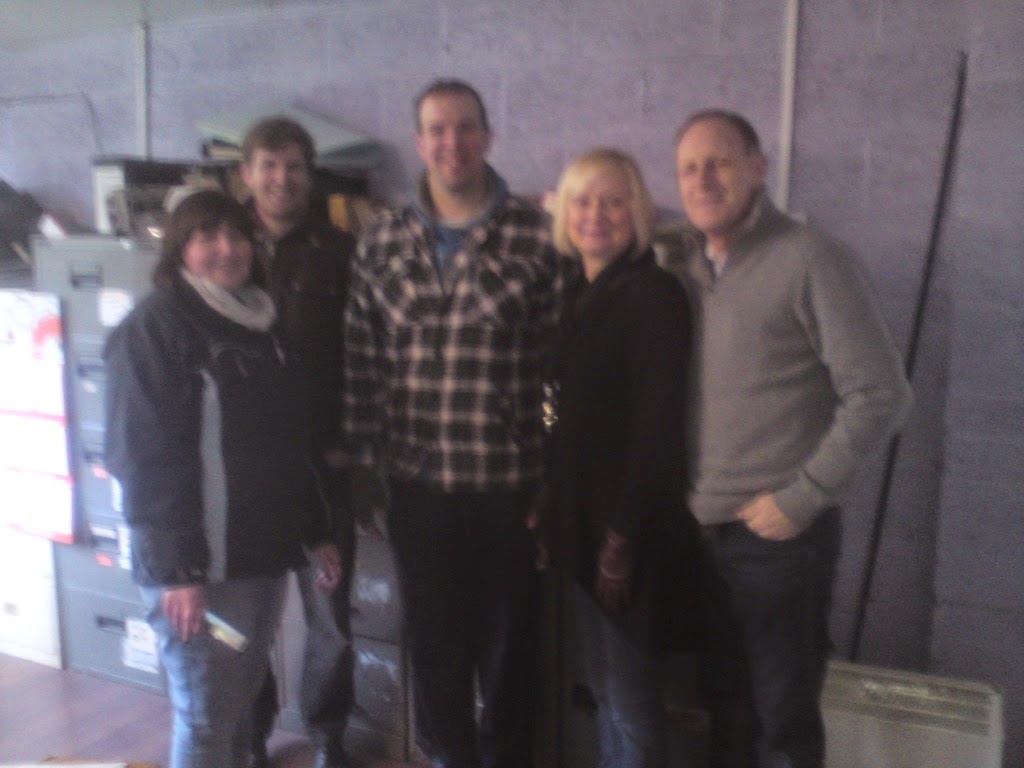 After 12 years with us Phil has gone off and found himself a proper job!

For many years the 'face' of Canley Classics whilst manning the retail counter he is now working for a DIY retail chain.

Congratulations Phil, and good luck in your new job.

Although we had closed the retail counter some time ago because Phil was still here we could still accomodate the odd random customer that turned up unannounced. Now that Phil has left us however the shop (retail counter) is definately closed, as there is no-one here to man it any longer.


Posted by David Pearson at 2:51 AM No comments: 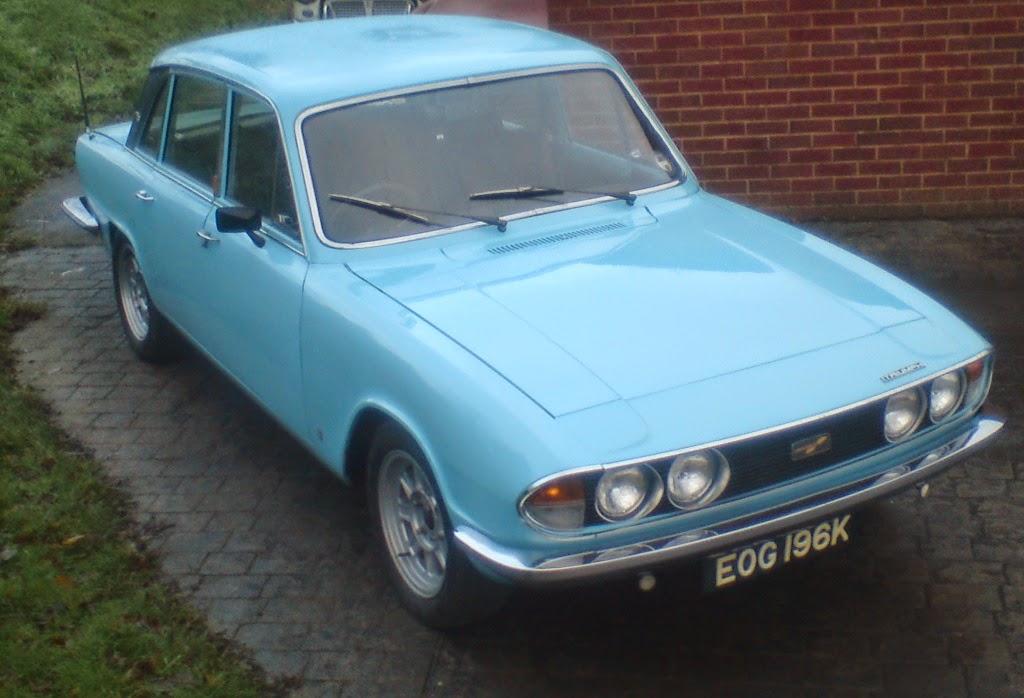 So thats another one done, and gone. After 5 years off the road the Chicane is finally MOT'd, and back in use.

Initially it came off the road so that I could fit a pair of new wings, but the job grew into a bare metal respray, and an engine rebuild.

Having MOT'd it last Saturday and done a 100 miles or so in it since the only minor adjustment needed was to the choke fast idle cam setting.

﻿﻿﻿
﻿
After another fairly traumatic pre RBRR rush to get another one of the fleet ready for the event the drive iteslf around the route this time proved to be fairly relaxing. We (James and myself) seem to have got the sleep/rest pattern spot on this time. Apart from some 'enthusiastic' driving through Wales in the middle of the night trying to keep up with the Andy Martins Vitesse with his brother driving, the rest of the time we cruised around enjoying the atmosphere, views, and food!

Thanks to Tim and the rest of the RBRR team for another wonderful event, I might do just one more!﻿

Posted by David Pearson at 12:29 AM No comments: 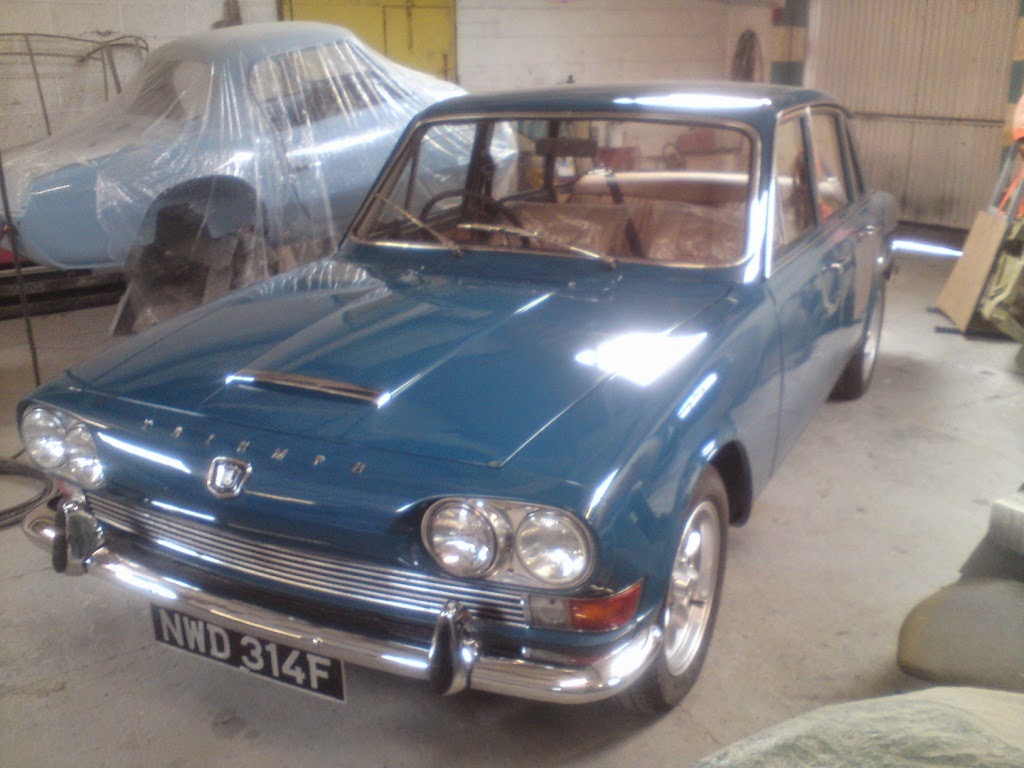 After more years than I care to remember I have finally got Patsys 2000 MKI finished. Patsy came and collected her car last night, and now I have a 2000 sized space in my workshop, oh deep joy!

Starting back when with a car that had been stood outside exposed to the elements for nearly a decade this car was a little bit rusty.

I'm no stranger to the car though having put a pair of front wings, and some sills on it in the 1980's. However another 100,000 miles, and its subsequent period of inactivity had taken its toll again. 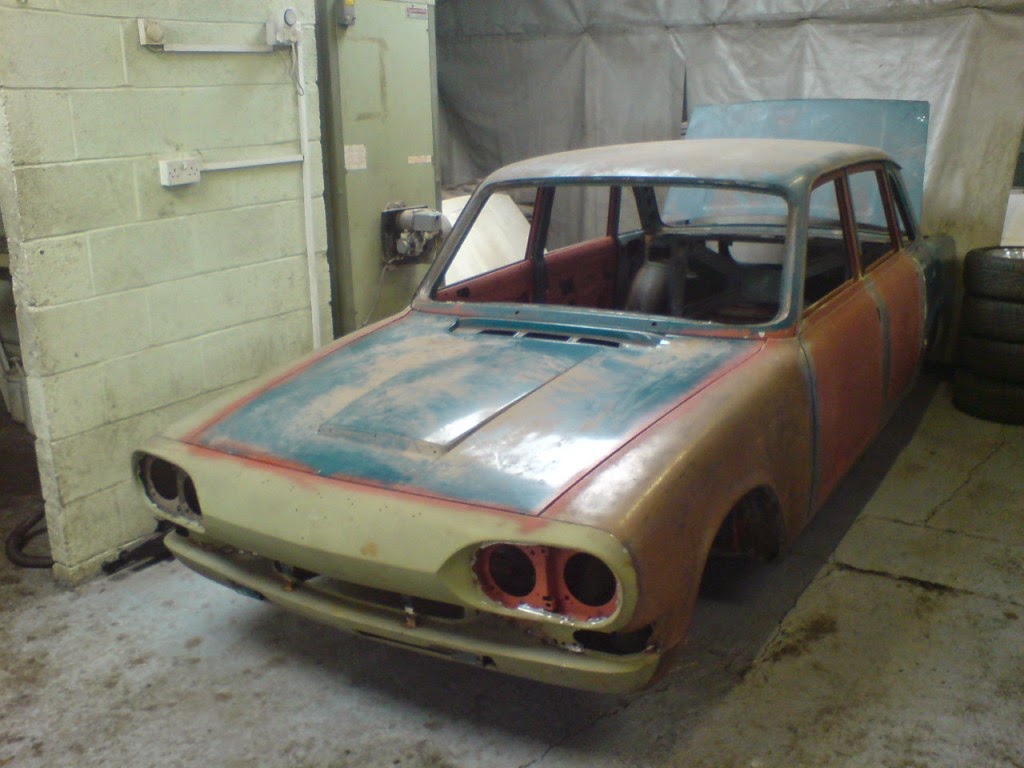 Between us we managed to track down all the new Stanpart original panels it needed including front wings, nose cone, front valance, sills, and all four door skins. 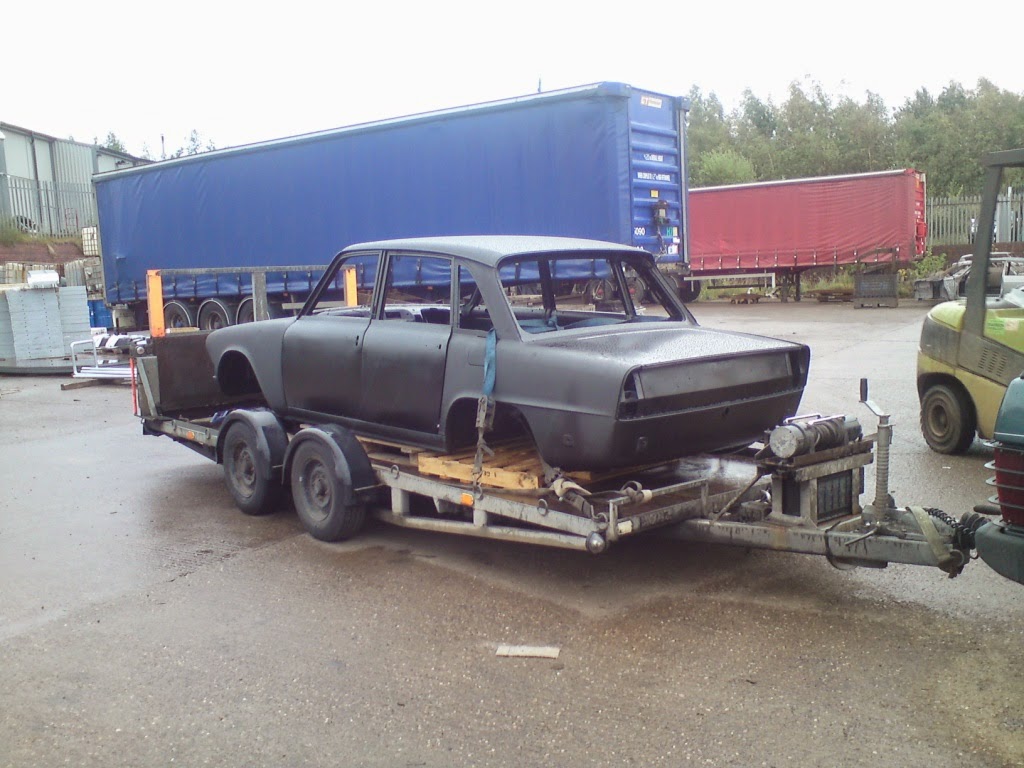 After welding everything together the shell was taken over to SPL surface treatments in Birmingham for chemical stripping, and E-coat. 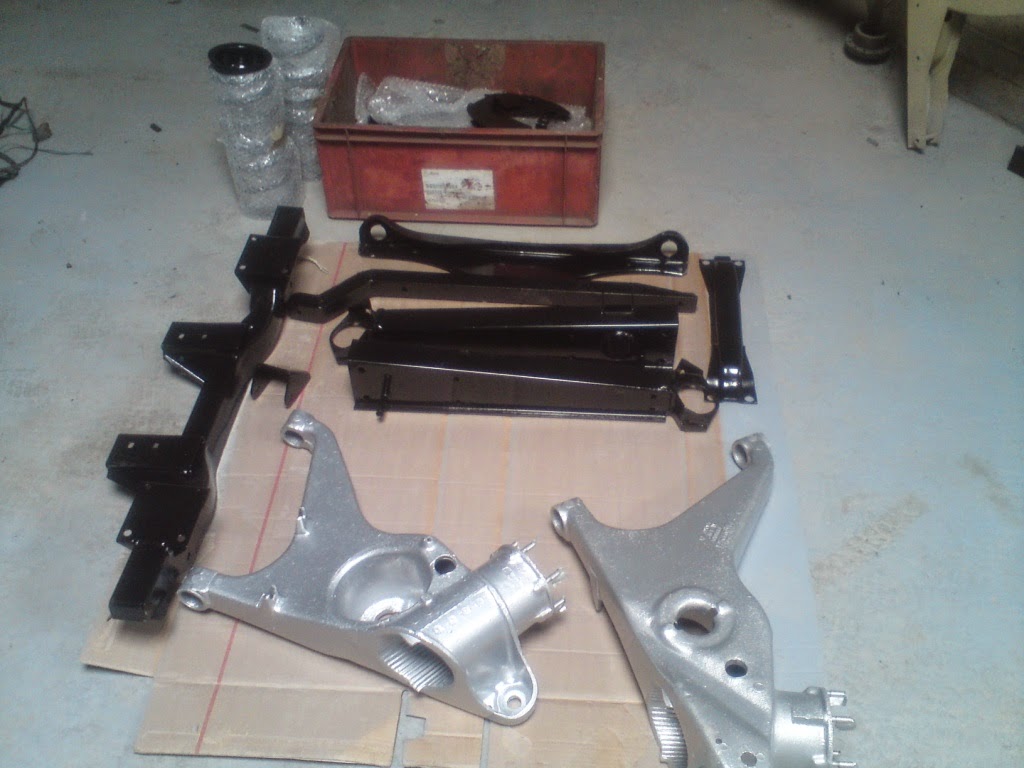 All the suspension was blasted, and powder coated. A set of Red Polybush went in, and I rebuilt the front struts with new inserts. 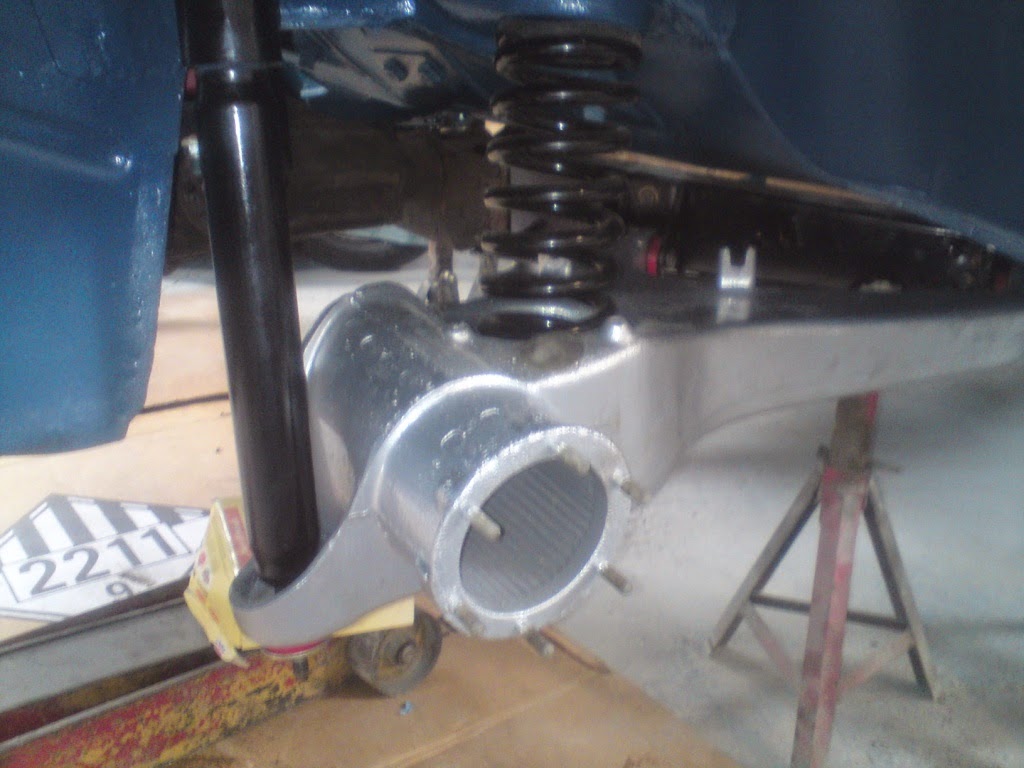 The car had previously been fitted with a wide track MKII rear end. A reconditioned servo, brake master cylinder, calipers, and cupro nickel brake lines made sure the brakes were spot on. 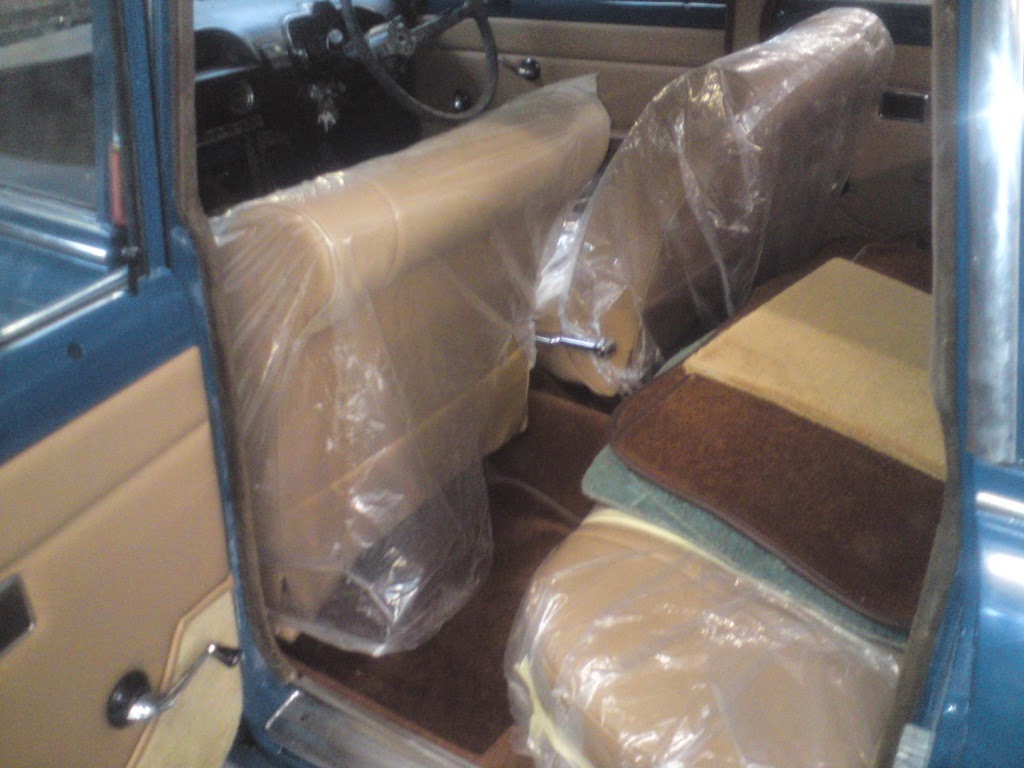 The interior trim was all replaced with new stuff courtesy of Aldridge Trimming who are more normally associated with Stag trim. The seats were completely rebuilt, and new door trims in the same colour, with carpets in a contrasting shade of brown.

The running gear went back in as it was, as the engine had been rebuilt not long before the car came off the road, and the gearbox, overdrive, and diff were reported to have been OK by Patsy.

I took the 2000 down for an MOT on Tuesday, and it passed with no problems other than a slightly low aim on a headlamp. Coming back from the MOT made me realise just how nice a good 2000 is to drive, and that its about time I put one of my fleet of saloons back on the road.

Posted by David Pearson at 1:49 AM No comments:

Posted by David Pearson at 12:54 AM No comments: 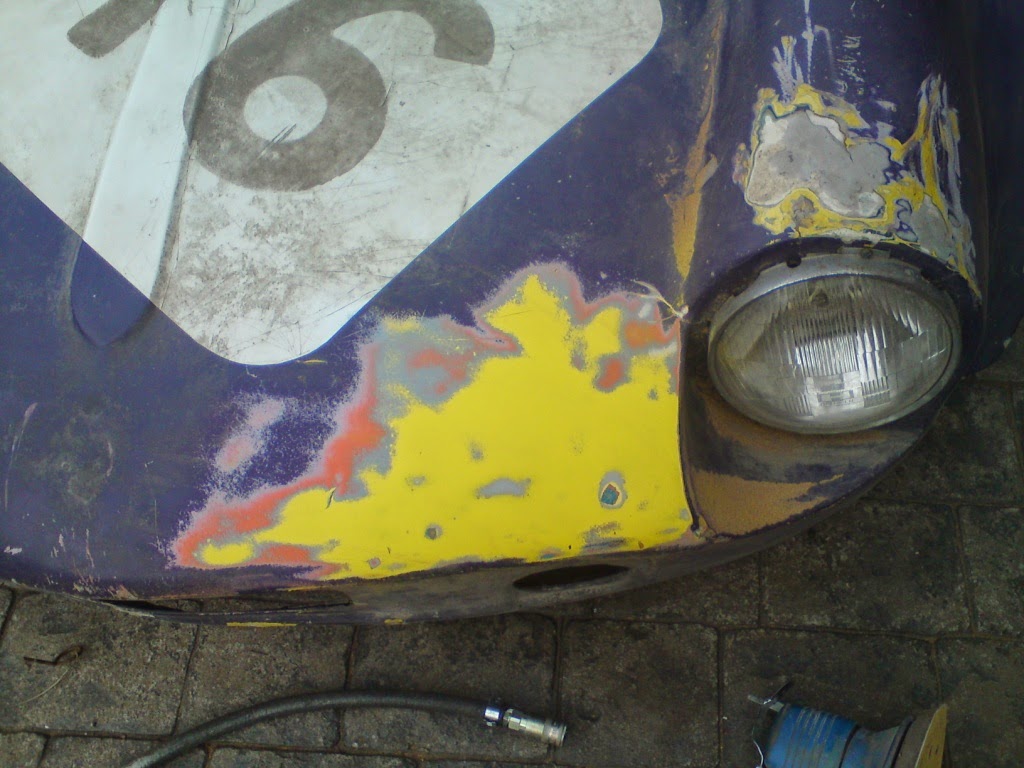 Thanks to some of the owners of the Gold Seal car who had owned it after its Richard Lloyd Gold Seal Racing, and Mugello Circuit exploits I have filled in some important gaps in its history.

John Petty in particular supplied some excellent pictures of the car whilst in his ownership.

I decided rather than strip its paint all in one go I would carefully peel it back layer, by layer, and tie in its various colour schemes to contemporary drivers.

The above picture shows the initial strip revealing a overall yellow scheme. The pictures John Petty supplied show the car in these colours during his ownership in 1970-72.


In the next instalment I reveal a totally unexpected short lived colour scheme!
Posted by David Pearson at 12:48 AM No comments: